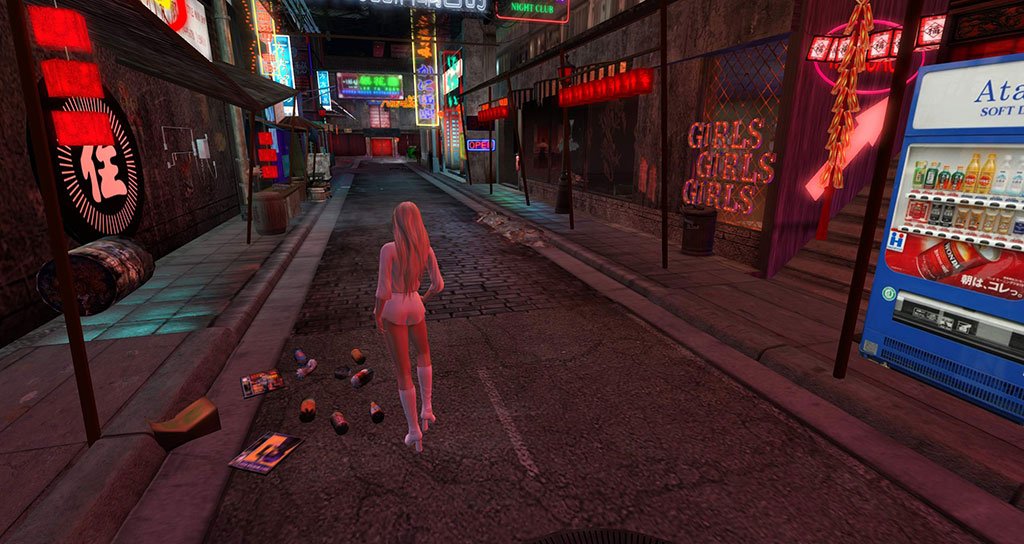 
On the eve of Thanksgiving in Paradise City, most citizens are preparing to celebrate the holiday with their families, but not everybody. The quiet was shattered by gunfire echoing throughout the city. 911 calls lit up the switch board, but no police responded for as yet, unknown reasons. The PCNN response team hit the streets to investigate. After questioning neighbors, it was soon determined the gunfire had come from Chinatown. Since Chinatown is home to the local Yakuza gang known as the Fenikkusu-kai, we now have an obvious suspect. Our reporter soon found several spent shell casings in the street, but Chinatown was now quiet with not a soul in sight.

Several hours later, our reporter came across a young woman running down the street. She was disheveled, out of breath and scratched and bruised. The young woman. Not this reporter. I stopped and questioned the woman and she told me that she was new in town and exploring the city. She explained that she approached a food cart in Chinatown to get a bowl of noodles when someone suddenly started shooting at her. Fortunately, she was armed, as most citizens and visitors to Paradise City are, and returned fire. Unfortunately, she was soon overwhelmed and outnumbered. She was bound and a hood thrown over her head, and taken hostage. She was taken to some underground bunker and tied up and questioned. As suspected, her captors were indeed the Yakuza. The Victim, Fiona Paine claims to be a member of a gang from another city called the South Side Syndicate. The Yakuza are very territorial and violent, so they apparently took offense at another gang member wandering into their neighbor, even though she was just a tourist looking for some good Chinese food. She was questioned and threatened by her Yakuza captors, demanding to know why she was in their territory. While she was not physically beaten, she did observe them beating a naked woman chained up nearby, which she felt was meant to intimidate her. The Yakuza are well known for mistreating their slaves, so it’s more likely the beating of the slave girl was just a coincidence. After more threats and warnings, the victim was untied and allowed to make her escape. 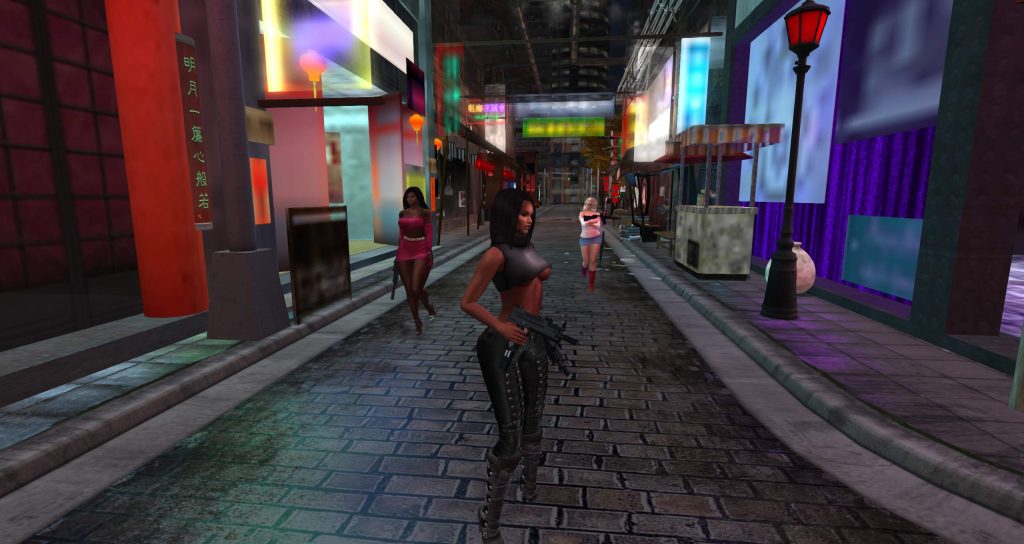 This information was all I was able to get out of her before she ran off, clearly eager to get out of the city. Incidents like this involving the Yakuza are common in Paradise City, so it was expected this was the end of it. A victim too scared to go to the police, which seldom ends in any arrests anyway. The city would be quiet again, until another poor victim was kidnapped, robbed or beaten. The Yakuza would go back to selling their drugs and bruised slaves to sex starved customers, and the Fallen Angels of Paradise would continue to fight them and seek to liberate their abused slaves to protect them. Everything back no normal?  Maybe not. Hours later, the kidnap victim returned to the city with friends. All packing enough hardware to cause even the well-armed citizens of Paradise to lock their doors and load up. I was just coming out of Club Bare Naked in downtown Paradise when the three women approached me. One I recognized as the victim from earlier, but I didn’t know the other two, one of which stated “Hello, we’re looking for the Yakuza”

The victim, Fiona Paine then said “The Yakuza attacked me. We’re here to find them.” Always eager to help visitors find their way around Paradise, I told them the Yaks were usually found in Chinatown. After this exchange, they headed off in the direction of Chinatown. Being a good reporter, I slipped around the corner to take a few pictures as these visitors searched for the Yakuza..any Yakuza, but none were to be found. Could it be the Yakuza saw them coming and retreated underground? Hard to say, but the city is well known for its labyrinth of underground tunnels and bunkers, and it would be a good place to hide.

After a fruitless search, the armed visitors left the city. Will they return? Is Paradise City on the cusp of an inter-city gang war? Perhaps this South Side Syndicate will brush off the whole incident and go about their regular business. Or maybe not. Stay tuned…